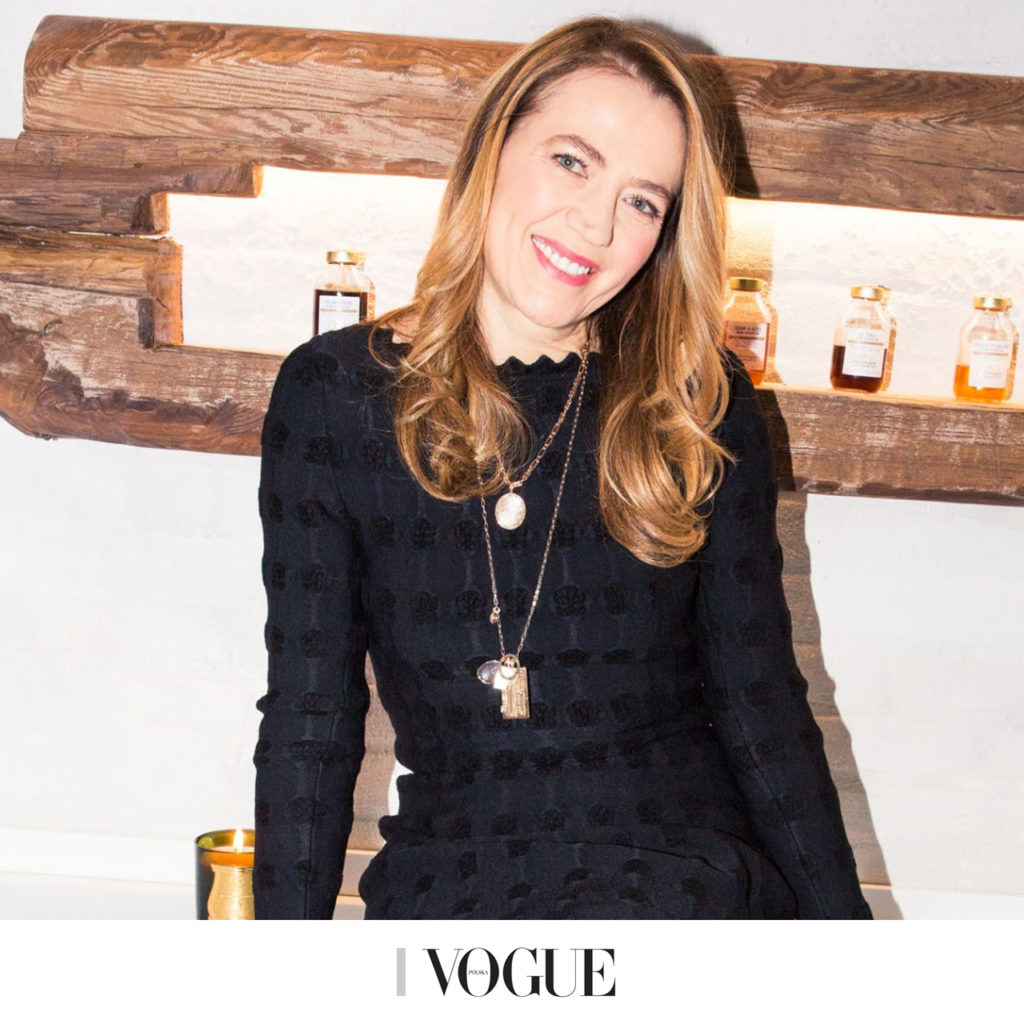 [Translated from Polish to English] She was 25 years old and graduated from nursing school when she decided to leave her beloved Białystok, Poland. With twenty dollars in her pocket and a suitcase full of creams she went to New York, known to her from the movies and stories told by her sister who had emigrated to the USA before Danuta. The year was 1991. The gap between Polish post-communist reality and the United States seemed insurmountable, but she decided to stay. She mastered English in six months. She earned a living as a waitress while studying at a cosmetics school. “I wanted to be a beautician since I was a child. I have two older sisters who were struggling with acne. I used to come up with masks for them from chamomile, oatmeal, honey and yeast” – says Danuta Mieloch. When she obtained her professional diploma in 2000, she got a job in a well-known Paul Labrecque salon in New York, and in 2004 she opened her first own spa in Philadelphia due to lower rental prices. Thirteen years later she returned to Manhattan and founded Rescue Spa New York.

Her mother instilled in her the need to take care of the skin. The decision to become a beautician was an obvious choice. Today, DANUTA MIELOCH runs Rescue Spa locations in New York and Philadelphia.

BEAUTIFUL SKIN IS OUR CHOICE

On her YouTube channel, you can watch how Danuta cares for her own skin. What is striking is the number of cosmetics she uses. There are a lot of them. – “Taking care of my skin is a ritual for which I spare no expense nor money” she likes to emphasize. Her motto is: “Beautiful skin is a matter of choice, not chance.” “We decide for ourselves, what we will look like in ten or twenty years. My mom used to scare me that if I do not wash my face before I go to bed, I will wake up seven years older the following morning. I realize that it’s an extreme approach, but maybe that’s why today I am a major advocate of double face cleansing. I use Lait U cleaning milk and my favorite lotion P50 from the French brand Biologique Recherche. I value their products because they don’t contain any added fragrance and are recognized for high content of active ingredients” she says. Danuta Mieloch perfected her skills at courses in Paris with the brand’s founder, Dr. Yvan Allouche. In addition to selling Biologique Recherche products, Danuta also sells cosmetics of a German doctor Barbara Sturm which are available both on her website (shoprescuespa.com) and at the spas. Dr. Sturm recently visited Danuta in New York and conducted training for 140 employees. Some of the regulars at Rescue Spa are bloggers, influencers, actors, models, politicians, athletes and designers. Among them are Naomi Campbell, Rosie Huntington or Colin Farrell just to name a few. Famous people, when they don’t want to be recognized often book appointments under aliases. “Once, only during a facial did I realize I was providing a service to the Oscar winner – Emma Stone” says Danuta Mieloch.

When asked if there are times when she doesn’t think about work, she admits that she thinks about it all the time. “I was born a workaholic. Fortunately, being an esthetician is my passion, so it doesn’t bother me at all. My friends can confirm that I think of myself as a skin and life coach not only as a beautician.” And I relax practicing yoga, which I have practiced for fifteen years. I enjoy little things such as a cup of good coffee or having a glass of prosecco with my friends. “I feel happy!” she says. Her dream is to invent a “Magic Beauty Potion.” –  She has been collaborating with Polish scientists on its formula. What will come of it? She has succeeded in fulfilling all her professional desires so far.