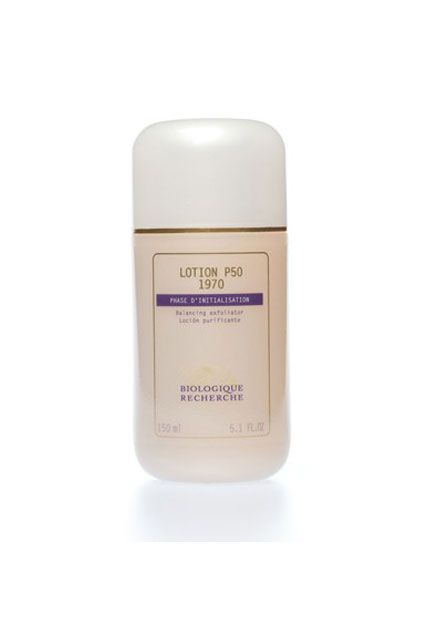 Biologique Recherche Lotion P50 1970
P50 is one product I love so much that it makes me nervous to even write about it. Kind of like the time I had to write about my favorite moisturizer and ended up writing a book of a slide, and was told to maybe calm down a bit. P50 is like a toner, and it smells absolutely terrible — like tank-of-gas, “no sex for me, please” terrible. The container is also zero sexy, covered in font last seen on a floppy disk. But everything it lacks in beauty, it transfers to your face.
Beauty editors have referred to it as “Jesus in a bottle,” but I think “Benjamin Button in a bottle” is more accurate. On a vaguely related note, Brad Pitt reportedly uses P50 — and so does a cohort of equally beautiful and famous people. In Korea, P50 is just as hyped up and difficult to find as elsewhere. Only very fancy spas have the privilege to sell it: The new Four Seasons Seoul (opening October 1!) will exclusively carry Biologique Recherche in its spa.